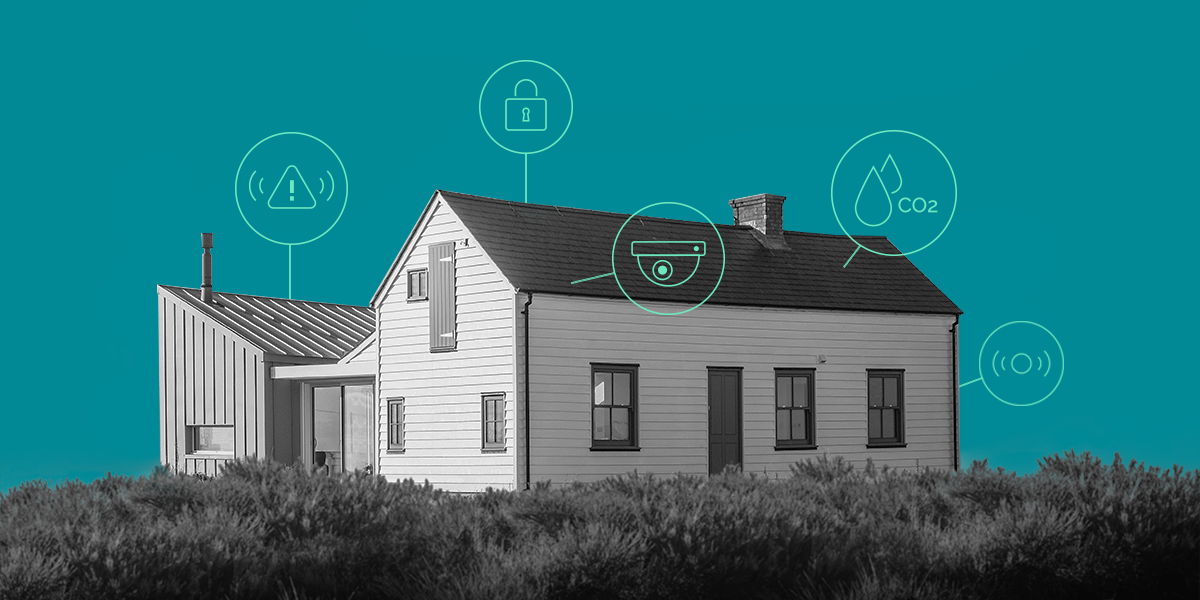 We’ve been talking with many integrators worldwide, and we see that security is a very sensitive topic, with a lot of different, often strong opinions. With that in mind we just want to stress in the beginning that we know, and our readers should know as well, that the only proper security system is a professional security system, not connected to the building automation system and installed by a professional company. But people buying smart homes in different markets have very varying security requirements and not all of them require a connection to the intervention call center or having an insurance policy, but simply want to get notified when motion is detected in their home. In this article, we will sum up what users and integrators answered in our survey on the topic. But remember, in the end it is on the homeowner and the integrator to decide what level of security is appropriate for a specific project.

Are you building a house or renovating an apartment and making it smart in the process? Or you are a smart home integrator working on residential projects? As anyone who went through this process knows, building a wired smart home can be quite demanding since there are many decisions the builder has to take: what kind of HVAC system & security system to choose, how to plan the lighting, what control options to include, etc. Usually the builder has no prior knowledge about this (most of us will go through this process only once in our lives) and there is no real data to be found to guide them through these decisions.

This is why we are exploring various fields in smart homes (HVAC setup, lighting setup, security setup,...) that the homeowner needs to decide on when building their own smart home. And who knows better than the end users actually living with those setups, and the integrators that are implementing them.

We have therefore launched a campaign of surveys for smart home users & integrators, trying to find out what works best and what should be avoided. Our fourth survey was aimed at security & safety - it’s one of the most known functionality clusters since many customers decide on purchasing a smart home system with better security in their minds.
We have also been talking with Nick Laing of Function controls Ltd., and My Simple Home, Edinburgh based smart building companies. You can check it out here:

Either it’s because people were on vacation or because they just aren’t as interested in this topic (as the others) we got less replies this time around (than is the case with other surveys) - a bit less than 200 (and this breaks down to around 130 smart home users and 70 system integrators) - still statistically significant, so check out the results.

As is the case with other surveys we again received the most answers from the KNX community - 75 %. Another 15 % said they were using or installing Loxone.

As usual we had different questions for smart home owners and smart home integrators. Let’s take a look at the smart home owners’ answers first. More than 65 % of smart home users said they lived in a (standalone) house - this is good, since we believe security is deemed more important in houses vs. in apartments.

According to our results, a bit less than half of our respondents said they don’t even own a security system. From the half that do own it, more than half don’t have it integrated with the smart home system in any way.

As was our right assumption (see disclaimer at the beginning of this article) the majority of smart home users don’t need to link their security system to the intervention service but just want to be informed about what is going on in their homes.

OK so all those people have all those security systems, but do they work? Or do they just wake you up at 2 AM only to find out the cat is trying to steal some leftover chicken from the kitchen table? Well even though you might think this is funny, more than a fifth of our respondents - who actually had their alarm system falsely triggered multiple times - definitely aren’t laughing.

We haven’t checked that the users with multiple false alerts are the same users who have large pets at home - but with the percentage of both being suspiciously similar - we are just going to assume it :)

According to Figures 8 and 10, there are more false alerts than there are justified alerts. Almost 30 % of participating alarms were triggered un-falsely at least once.

Before going to the integrator part of the survey here is some info which will be interesting for integrators and/or security specialists. From the participants that said they don’t have the alarm system, no-one said they wouldn’t install one in the future. It’s just yes or maybe, split even.

As we suspected, most system integrators will suggest to their customers to integrate the security functions to their smart home systems.

But what does integration of security system with the smart home system really do for the end user? Well, many things but mostly it means your security sensors will be used for home automations as well and you’ll be able to control your alarm from the smart home app.

Your smart home integrator will in most cases also handle the brand selection (Figure 14) and determine the micro-locations of security sensors (Figure 15).

We are getting wiser and wiser with every survey Thank you to all the respondents for their participation and letting us know what is secure, what is safe and what triggers your alarm systems.

Follow our channels as we’ll explore other areas of smart home functionality, and let you know what are the optimal choices for each of them.

AL-FANAR CO. appointed as the exclusive distributor in the Palestine region

#For Partners #After Smart Home #Before Smart Home

After 4 long years, the Light+Building fair returned. Of course, the 1Home team was there, ready to tour the show and scan the booths for all the novelties!…

The importance of pushbuttons in KNX. "Talking Smart Homes with: Daniel Leitzbach"

#After Smart Home #For Partners #Before Smart Home

In our third episode of Talking Smart Homes, we are discussing the importance of pushbuttons in KNX smart homes with Daniel Leitzbach of Cojacon.…