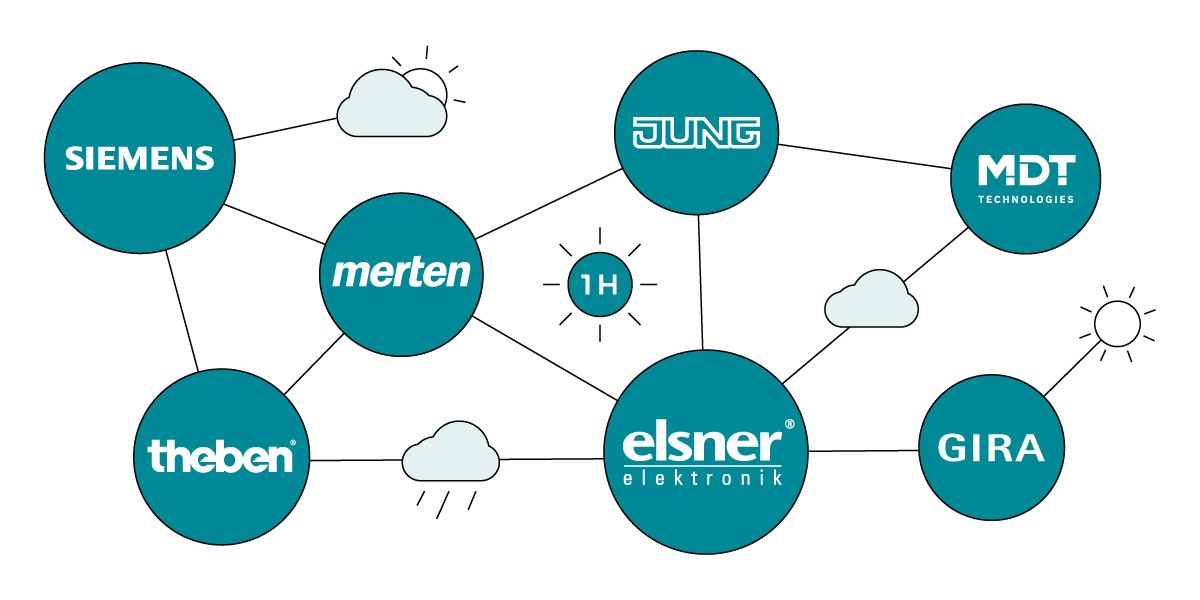 Are you building a house or renovating an apartment and making it smart in the process? Or you are a smart home integrator working on residential projects? Then you will sooner or later be faced with a decision as to whether or not to install a weather station in your project.

As anyone who went through this process knows, building a wired smart home can be quite demanding since there are many decisions the builder has to decide upon—what kind of HVAC system & security system to choose, how to plan the lighting, what control options to include etc. Usually the builder has no prior knowledge about this (most of us will go through this process only once in our lives) and there is no real data to be found to guide them through these decisions.

This is why we are exploring various fields in smart homes (HVAC setup, lighting setup, security setup,...) that the homeowner needs to decide on when building their own smart home. And who knows better than the end users actually living with those setups? Or integrators actually implementing them.

We have therefore launched a campaign of surveys for smart home users & integrators, trying to find out what works best and what should be avoided. Our second survey was aimed at weather stations -  devices that are quite common in modern smart homes but can also be fairly complex to integrate & use.
We have also been talking with Bastian Elsner of Elsner Elektronik GmbH, a company specializing in - surprise surprise - weather stations. You can check it out here: Talking Smart Homes episode 2

This time we had different questions for end users (subdivided into those with and those without a weather station installed) and integrators. We have received close to 300 answers and consequently gained a lot of insight. Approximately three quarters of the participants were end-users and the rest were integrators.

And what did we find out? Check it out!!
Out of all the end-user participants, a little short of 70 % were KNX users and with more than a quarter of Loxone users we can say that more than 90% were owners of a wired smart home system (Figure 1).

Firstly we wanted to know whether the weather station is actually installed in the participants' homes or not. Based on the results we can see that a bit more than half of the end-users involved in the survey do have some form of weather station in their homes (Figure 2).

The majority of users (almost 70 %) who don’t own a weather station have the wiring prepared in case they should ever decide they want one (Figure 4). Approximately the same percentage said hard Yes! when asked if they would like to install the weather station in the future (Figure 5).

So there you go smart home integrators - the road is paved to install weather stations in more than half households that initially opted out of the weather station option.

But if that is so, why didn’t those users install the weather station to start with? In some cases they were not informed about it, some users don’t see the value of such a device but mostly the obstacle is just budget-related - weather stations are deemed too expensive by more than half of end-users who didn’t install it in the end (Figure 6).

Also just to confirm Bastian Elsners words, the most important use cases of the weather station are protection of external shades against strong wind and the smart shading algorithm - a function which enables the operation of shading devices based on sun intensity and indoor temperature, consequently preventing overheating of the house in the summer and using the energy of the sun to assist in the heating of the house in the winter (Figure 9).

We also got some interesting feedback from the integrators. There are only a quarter of them who convince their customers of the weather station usability in each of their projects (Figure 10). They do however suggest it in almost every case (Figure 11), but as seen in Figure 6, a lot of users are not convinced that the price is worth the money.

Explaining the value of the weather station to the end customer is also the biggest problem integrators face when suggesting it in their projects (Figure 12).

When asked which functionalities of the weather station are most important to them , protection against wind is by far the most important but in this case closing the roof windows in case of rain and controlling the outdoor lighting is high on the importance ladder as well - right next to the smart shading algorithm (Figure 13).

So there you have it. According to the smart home users and integrators you should seriously consider installing a weather station on the roof of your new house and there is a very good chance you’ll be happy you have it. The most popular use cases are protection of external shades against wind and the smart shading algorithm - the latter is also important for the newly introduced Smart Readiness Indicator (SRI) which is the new EU methodology for estimating the level of digitalization of all buildings. You will get many points in the “Dynamic Building Envelope” category (podcast and articles on SRI coming soon).

If you don’t decide to buy the weather station from the get go you should at least prepare all the wiring in case you’ll want to install it at a later time, which according to our survey - you will.

Follow our channels as we’ll explore other areas of smart home functionality and let you know what are the optimal choices for each of them.

#For Partners #After Smart Home #Before Smart Home

After 4 long years, the Light+Building fair returned. Of course, the 1Home team was there, ready to tour the show and scan the booths for all the novelties!…

Our fourth survey was aimed at security & safety - it’s one of the most known functionality clusters since many customers decide on purchasing a smart home system with better security in their minds.…

The importance of pushbuttons in KNX. "Talking Smart Homes with: Daniel Leitzbach"

#After Smart Home #For Partners #Before Smart Home

In our third episode of Talking Smart Homes, we are discussing the importance of pushbuttons in KNX smart homes with Daniel Leitzbach of Cojacon.…